Running Training and/or Rehabilitation in Smithtown and Selden, NY

According to the Running USA data analysis in 2018, there were approximately 18.3 million runners that participated in races. The year before had 18.5 million runners – indicating that road races are thriving in the United States. They say nearly 60% of those participants are women, and the most popular event is the 5k (3.1 miles) followed by half marathons (13.1 miles).

With this many people running, it is important to discuss injuries related to running. According to Callahan (2019), there is a 19.4-79.3% incidence of lower extremity injuries reported in runners. The most common diagnoses involve the knee and lower leg and include patellofemoral pain, shin splints, stress fractures, Achilles tendonitis, and iliotibial band (ITB) syndrome. Additionally, we at Block Sports Chiropractic and Physical Therapy have noticed a high incidence of hip flexor tendonitis and low back pain as a consequence of running.

Despite its risk of musculoskeletal injury, it is also beneficial for several other reasons. According to The Mayo Clinic, running has been linked strongly to decreased risk for all-cause mortality, hypertension, diabetes, respiratory disease and some types of cancers. Additionally, it is beneficial in decreasing the risk for hip osteoarthritis and the need for replacement. However, it is important to note that the same researchers suggest not over-training as well. There has been a low-moderate increase in the risk of arterial hypertrophy and cardiotoxicity and cartilage damage for those who run marathons, ultramarathons, and triathlons. Therefore, it has been suggested that 150min/wk of moderate running/walking intensity or 75min/wk of high-level vigorous exercise be the guidelines.

The rest of this blog will focus primarily on the musculoskeletal risk factors that may contribute to the aforementioned possible injuries caused by running. At Block Sports Chiropractic and Physical Therapy, we see several running injuries in Smithtown and Selden, NY with some common predisposing factors that can be prevented! Of course, there are internal characteristics that leave one predisposed, but there are several muscles and joints that can be healthier to prevent injury during training and running.

Running can be broken down into four phases: 1) Preparation, 2) Contact, 3) Backswing and 4) Frontward swing.

Throughout the phases, the core and upper body want to remain strong as well. Arms should be at approximately 90deg of elbow flexion and should not cross the body but remain parallel to trunk. The trunk should not be hunched forward and the neck should remain erect, with ears in line with shoulders.

Despite there being general phases that must take place, ideal running mechanics are different for each person. Some researchers argue that midfoot and forefoot contact is the safest and most efficient, and others say heel-striking is not as problematic as once believed. Therefore, where you strike is likely a personal preference and it is the reaction from up and down the chain that is more important.

When you strike the ground during the contact phase, your body must react all the way from the head to the toe. You must have a good core and posterior chain strength in the upper half to keep a good upright posture and prevent added stress on your neck, as well as foot intrinsic strength to correctly accept the ground force and immediately react to it. Therefore, our providers look at our runners from all angles.

What we look for:

Some key components we at Block Sports Chiropractic and Physical Therapy look at when it comes to running are as follows:

A proper dynamic warm-up and static stretch during cool-down are ideal for keeping muscles healthy and working properly. 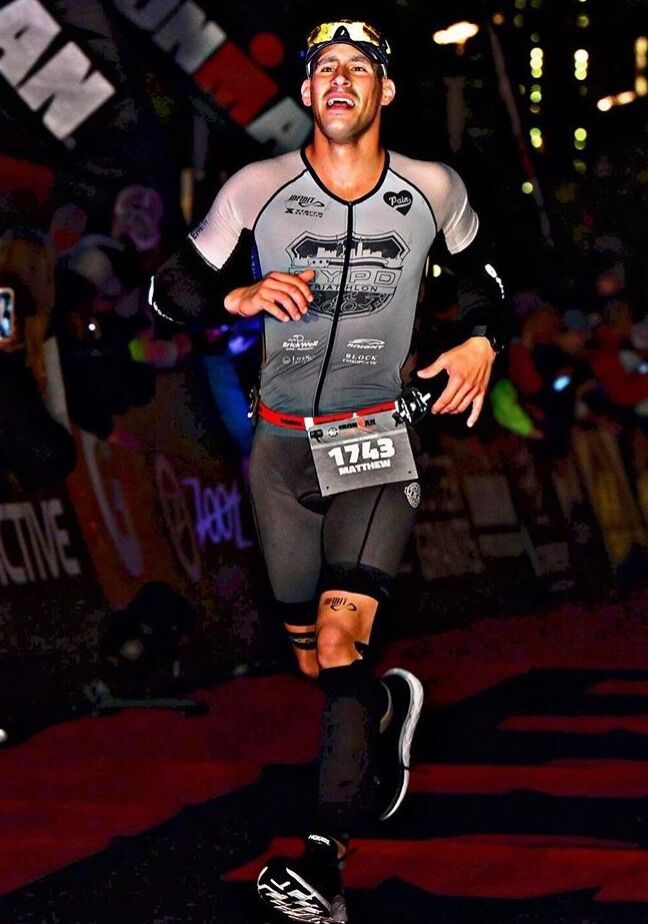